Negative thought? Choose a new one.

On Sunday night, I took a quick trip to Pittsburgh to meet up with an old friend for a Steelers Monday night football game. Coming off of an extremely difficult week in which I took a major dip into depression, I wasn’t sure I’d be able to show up the way that I wanted to. I didn’t want my friend to feel a weird downer energy from me.

But I also knew that I needed to find joy. And sometimes a distraction is the best way to move yourself back up the emotional scale. So off I went.

On the flight to PIT, I was able to sleep most of the trip. It was late, and my body and my mind were tired. My friend picked me up at the airport and drove us to our Airbnb, where we pretty much immediately went to sleep. The next morning, we got up early to explore the city. It was drizzling, but we decided to make the most of it and get our steps in. We walked down a not-so-well-maintained path from Mt Washington, ducking under brush and splashing in puddles. At one point, my friend lost her footing and almost fell into the soaking wet bushes. And we laughed. Oh, did we laugh.

It felt so good to let go of stress, fear, and worry and to let joy flood in. It felt SO GOOD.

We laughed when I tried to hold my umbrella and look up directions at the same time (imagine T-rex arms). We joked about the “impeccable” maintenance of the trail, which was in shambles with cracked and broken concrete at our feet and broken pieces of what was once railing along the sides. We laughed when after we’d reached the end of the trail and hit concrete, the sidewalk ran out and we had to jump off the street to avoid getting hit by oncoming cars. We chuckled as we agreed not to take a steep, muddy shortcut because we knew it would end with at least one of us on our asses. (My friend said, “If I go down, I’m taking you with me!”)

We enjoyed coffee and conversation at a local cafe, then walked a little further into downtown to indulge in a heavenly waffle breakfast. We took our time and savored our gluten-free waffles covered in sausage gravy and benedict fixins. By the time we left, the rain had stopped and the sun was coming out. As we made our way back toward home, we realized there was some sort of tram car going up the incline straight into our neighborhood. We bought tickets for the Monongahela incline and hopped on! The views of the city and river down below were sweeping.

At the top, we got off and walked a few feet to the right to a lookout point where we took pictures of ourselves with the city skyline and the stadium behind us. The sun was so bright by this point that our squinty expressions made it look like we were terrified slash on the verge of tears. We laughed about this, too.

We realized we were literally steps away from our Airbnb!

After my friend did some work and I watched a video by one of my favorite spiritual teachers, Gabby Bernstein, we got cleaned up and headed back out on foot in search of pre-game food and dranks. As we wandered toward Southside Flatts, I started to get blisters on the bottom of my feet from my Birkenstocks. Instead of grinning and bearing it, (I still grinned but) I told my friend I needed to stop for some bandaids ASAP.

We went to a gas station and sure enough they had a little pack of bandaids just big enough to supply coverage for both my blisters. Again, we had a good laugh as I sat on the asphalt applying my gas station bandaids!

We continued sightseeing on foot for a little while longer and then settled on a place for dinner and margaritas. Then we made our way over to the ferry that would take us across the river and right up to Heinz Field (we were told this is how the locals do it, so we are cool, mkay?). As we entered the ramp down to the ferry ticketing booth, there was a sign that said no bags over a certain size would be allowed into the stadium unless they were clear. I had a small little backpack (the drawstring kind) that was full of stuff, including our Terrible Towels of course. I had a momentary freakout but then I course-corrected. What was the worst case scenario? We’d have to take everything out and I’d have to throw away my backpack. That was NOT the end of the world. And then I started imagining better possibilities. If this is a new rule, surely they sell these clear bags outside the stadium, I thought. So, I let it go, and we boarded the ferry.

It was so cool to roll up to the game on a boat. It could not have been a more beautiful night and traveling on water meant we didn’t have to sit in traffic! It was perfect.

And, they did have clear bags for purchase outside the stadium! For a cool ten bucks, situation remedied—rolled up my little backpack and stuck it in the clear bag, no problem!

Seeing a Steelers game at Heinz Field was a first for both of us. We had such a blast walking around the stadium and soaking it all in. Our seats were amazing, and despite some strange folx around us (there were stinky teenagers to our left and a guy clearly on drugs in front of us), we relished in the experience. Honestly, for such a quick trip and having seen so much, it was surprisingly relaxing. I attribute this to the act of committing to joy instead of fear. I actively chose new thoughts when mine weren’t serving me. I let go of the To Do list awaiting me back home and all the things I’d been worrying about. And it was so liberating!

As you move through your weekend and next week, I encourage you to find joy wherever you can. Reframe your thoughts and perspective when needed. Thank each negative thought for showing you what you don’t want and giving you clarity as to what you do want. Forgive the negative thought. And choose a new thought that feels good to you.

When you move through life with joy, and surrender all the rest to the universe, you become a magnet for good things.

I see you. Keep going. 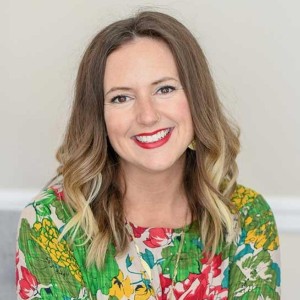 Hello hello! I'm a brand and business coach. I work with women entrepreneurs with heart-centered businesses who want to stop playing small and instead raise their vibration and frequency to achieve clarity, wealth + abundance mindset, high-end design, functional digital interactions, and automated business processes and systems. I want to pet all the dogs and hug all the humans. I look forward to connecting with you!
Facebook-f Instagram Pinterest-p Linkedin-in Sell the problem you solve, not the thing you do Doing this with my offer transformed my sales

Menu
PreviousIf you’re bad-mouthing money, you’re gonna wanna go ahead and knock that off
NextWarning or Fear? What Your Intuition is Trying to Tell you

© 2020-2022, Create Without Bounds, LLC. Brand, Illustrations, & Website by us! Questions? Email us at meredith@createwithoutbounds.com.

not a fan of sales?

I didn't used to be either.

Do you dread getting on sales calls and asking people to pay you money? Wanna learn how to bring joy and ease into the process? Grab this FREE download!

not a fan of sales?

I didn't used to be either.

Do you dread getting on sales calls and asking people to pay you money? Wanna learn how to bring joy and ease into the process? Grab this FREE download!

This website uses cookies to ensure you get the best experience on our website. If you continue to use our site, we assume you're okay with it!